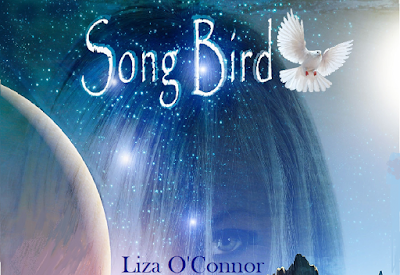 Five hundred years from now, the necessity of population control and a preference for male children has resulted in a shortage of women. Down from the Appalachian Mountains, comes Tory White, an unusually tall and muscular young woman. Unable to read, she is deceived into signing a lifelong contract as a concubine. Entirely unsuitable for the position, she soon finds herself slotted for the ‘beds,’ where few girls live beyond a month. Yet, her honest and forthright manner charms the head of security into saving her and sets her upon a path in which she becomes the ‘heart’ of the world and the savior of man’s future.

For the first time in her life, Tory White was uncertain what to do.
“Just smile at the man and play that song I taught you,” Leroy hissed in her ear.
Cradling the old guitar in her arms, Tory took a deep breath, stepped onto the empty stage and settled on the metal stool.
“What’s your name, honey?” the heavy-set man in his fifties, seated mid-row, asked.
“Tory White,” she said, carefully articulating her vowels as Leroy had taught her.
She remembered the first of his many lectures. “People don’t like the Appalachian twang. They think you’re ignorant when you talk like that. You’ve got enough going against you, Tory, being bigger than most men. You need to improve the parts you can.”
That’s what Leroy had told her, and she expected it was true. The few times she’d forgotten and answered in her normal manner, people would reply, talking really slow as if she were mentally impaired.
“You like entertaining men?” the man asked.
She was a bit put off by the way he asked the question, but upon consideration, it made sense. Leroy said this place was a club where men came for entertainment and if she impressed them with her singing, they’d get signed on as a startup band.
“That’s how you’ve got to do it. Pay your dues at the bottom and work your way up. One day, I’m going to be famous, Tory, just wait and see if I’m not,” Leroy had said with eyes that shined with anticipation.
We’re gonna be famous, she’d corrected him mentally.
And now was their chance. Focusing on the thinning hair that the fellow combed from one ear to the other, she replied, “We like entertaining most anybody, I reckon.”
The man frowned and spoke to Leroy, who was seated next to him. Leroy had already performed, and the man seemed to like him. She watched Leroy reply with great intensity, even though he kept his voice so low she couldn’t hear.
Finally, the fat man sighed and scrunched his face as if his breakfast had gone bad on him. “Well, sing a bit and let me hear you.”
Tory knew the man didn’t want to hire her. She was too big, almost six-feet tall, and very strong. Her mother said that she should have been a man. Tory could take down her brothers in a blink of an eye, despite they were just as tall and weighed a good hundred pounds more.
It wasn’t her fault she was so large. She ate hardly anything. Even Leroy had been amazed at how little food she needed. She really wasn’t big boned either. She was just tall, and muscular. Her grams said in the old days, people would have thought her beautiful, for she had the body of an athlete. Women were proud to be athletes back then.
Grams had a black belt in several martial arts and evidently, a black belt was the best you could be. But then everything changed, and women weren’t allowed to do stuff like that no more. So, Grams returned to the mountains to escape the changes. Her reason never made sense to Tory ‘cause women were only allowed to cook, clean, and keep a garden in the mountains. Weren’t no martial arts there either. But Grams never seemed to mind doing her chores. Maybe she’d been talking about other changes…
“I don’t have all day!” the man snapped.
Tory could see Leroy glaring at her from his seat beside the fellow. She’d just ruined their chance to be the startup band. Well, probably ruined it—she hadn’t actually sung, yet. She’d just have to do her best and see what happened. 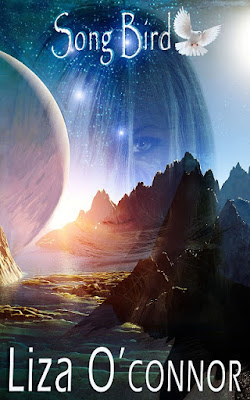 About the Author
Liza O’Connor
Liza O’Connor lives in Denville, NJ with her dog Jess. They hike in fabulous woods every day, rain or shine, sleet or snow. Having an adventurous nature, she learned to fly small Cessnas in NJ, hang-glide in New Zealand, kayak in Pennsylvania, ski in New York, scuba dive with great white sharks in Australia, dig up dinosaur bones in Montana, sky dive in Indiana, and raft a class four river in Tasmania. She’s an avid gardener, amateur photographer, and dabbler in watercolors and graphic arts. Yet through her entire life, her first love has and always will be writing novels.

FOR MORE INFORMATION ABOUT
LIZA O'CONNOR
Investigate these sites:
Liza’s Multiverse Blog
Liza's Blog and Website   Facebook   Twitter
All the Many Books Liza has written
Over 50 books for your reading pleasure
Contemporary
Historical
Paranormal
Sci-Fi
***
Romance
Sleuths
Suspense
Humor
Feel Good Novels
***
Books range from young adult to mature audiences.
I write them as my characters want them to be written.
Posted by Kyndra Hatch at 8:00 AM 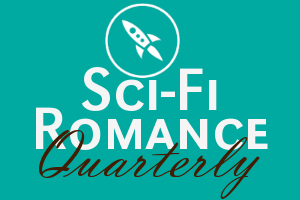